Alex Ross and John Paul Leon creation of Spider-Man, Captain America, The Hulk, Human Torch, Daredevil, Thor, Dr. Strange. Earth X, a comic book series published in 1999, was based on a concept by Alex Ross. It featured an alternate version of the Marvel Universe where all ordinary humans had gained superpowers, and superheroes were now commonplace. This painting by Alex Ross, from a drawing by John Paul Leon, one of the variant covers for Earth X #0, published in March 1999.

There are no reviews yet. 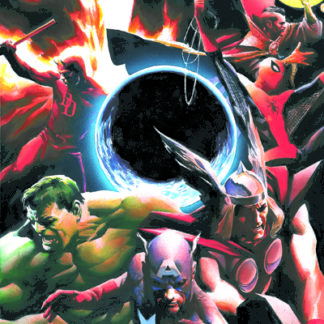