Originally drawn and rendered in-house by DC Comics, Gothamâs Dynamic Duo is created in the style used for the first season Warner Bros. Batman animated series.
This series inspired an entirely new style of animation called âDark Deco,â where by the backgrounds were painted on black paper, giving Gotham an entirely new personae and darkness which melded with Batmanâs character.

There are no reviews yet. 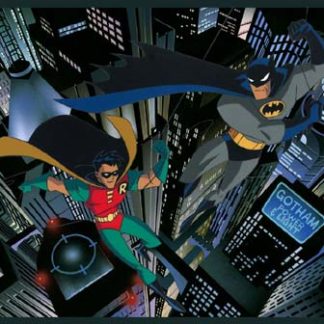